A FESTIVAL AS CULTURAL OUTLAW 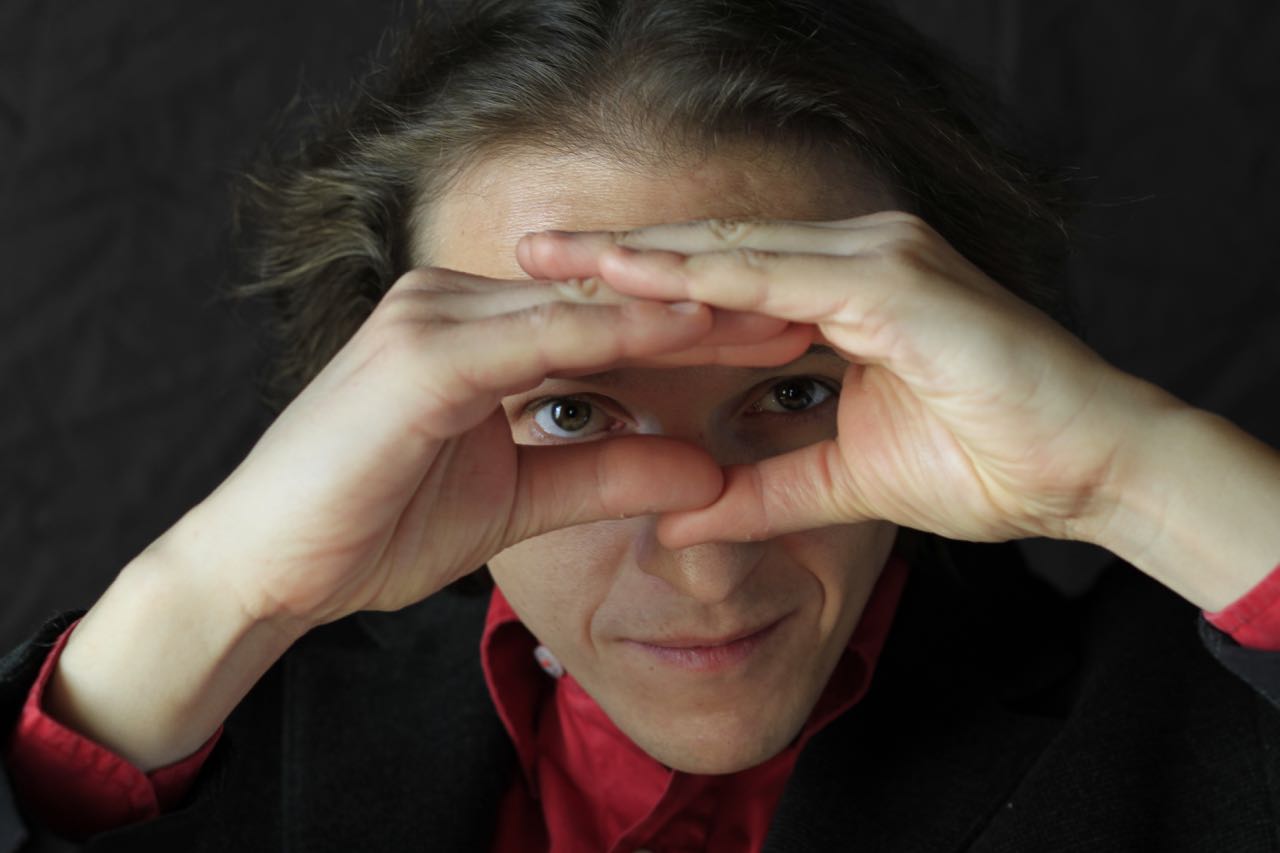 “For him and those like him—and there weren’t just a few, as it might seem, but the majority of men—borders never exist- ed, if not as guards to pay off or gendarmes to avoid.” This is what Tönle Bintarn commented when his grandson told him about Gabriele D’Annunzio, who had flown over Tren- to with one of those airplanes from the sky that had been parked in the warehouses of the Schbanz district. Tönle the smuggler, Mario Rigoni Stern’s unforgettable character, was both a smuggler and a fugitive. But he only crossed political frontiers, for since the air has no boundaries, why should the earth? Travelling, he took with him his story as a Cimbrian shepherd and peasant farmer, forced to become an outlaw by the will of those who considered those boundaries sacred and inviolable.

The XXIII Film Festival della Lessinia, like Tönle, becomes a smuggler, but of languages and cultures, to cite the title of the event that opens the cycle of literary encounters, “Higher Words”. And if crossing boundaries, bringing along stories and ideas, can at times go against the laws imposed by people, then this is an outlaw Festival. It becomes a bandit and brigand, like the people in this year’s retrospective, in which the mountains are the theatre of an armed battle against establishment powers, from Banditi ad Orgosolo by Giuseppe De Seta, to Brigante di Tacca del Lupo by Pietro Germi, and including Francesco Rosi’s controversial story of Salvatore Giuliano, a delinquent in a country that is, in turn, itself delinquent, where politics collude with the mafia. And so, who is the true outlaw? The mountain dweller, Tönle, who smuggles due to hunger and hides out to avoid leaving his flock of sheep at the mercy of a war he wanted no part of? Or is it a recognized, constitutional authority – no matter where and of whom – that forces children in Afghanistan to smuggle explosives or lapis lazuli as revealed by Pieter-Jan De Pue in the documentary The Land of the Enlightened? Isn’t the imposing dominance of multinationals who pollute the waters of Huayhuay banditry, as Alessandro Pugno documents in Jardines de plomo? Samir is certainly a smuggler, as out of desperation he sells oil on the Algerian-Moroccan border, in the film by Mohamed Ouzine, but shouldn’t the contraband of silenced responsibility for the massacres that occurred in southern Caucasus, where the survivors in Pierre-Yves Vandeweerd’s Les éternels wander, like suffering ghosts, be punished? These are some of the films in this year’s competition, where even the boundary between fiction and documentary is increasingly blurred, as in Wolf and Sheep, an Afghan-European production by Shahrbanoo Sadat, or in the essentiality of Qingshui li de daozi by the Chinese director Wang Xuebo.

Little by little, as we were putting together the program for this edition, we realised that many films were linked by stories of crossings and escapes from the mountains. The high plains, in particular the Alps, have historically been a favoured site for hiding out, struggles, resistance and rebellion, as Enrico Camanni recounts to the Festival in his book, Alpi ribelli, and this emerges as well from the diaries of the partisan Antonio Giuriolo, which Renato Camurri gathered in the volume, Pensare la libertà. Freedom, in his attempt to cross the Pyrenees, was what Walter Benjamin sought in 1940, as the philosopher Adriana Cavarero explains. “He sought liberty”, to paraphrase Dante’s Cato, describes Ettore Castiglioni in that suicidal escape toward the mountains, toward that same frontier to which he had accompanied Jews and fugitives, among them Luigi Einaudi. Marco Albino Ferrari narrates this story in the docu-fiction, Oltre il confine: Storia di Ettore Castiglioni, by Andrea Anzetti and Federico Massa. In the out-of-competition section, “Italian Mountains”, is another touching story of necessary rebellion and necessary memory, that of the partisan Quintino, in the documentary by Gabriele Carletti.

A film Festival has a reason for existing, and to merit the financing it obtains, if it helps its public to recognise and go beyond geographical boundaries which, in the end, are really just cultural boundaries, and if those who leave the theatre are changed, as one is changed after returning from a voyage. This belief guides our research, which also consists of travels in the cinematography of our planet. This is demonstrated by the fifty-six films that arrive from thirty-one nations, with nineteen Italian premieres. No crossing can happen without effort. Encouraging us in our efforts to ensure, year after year, the by now recognised quality of the films is a comparison with the far greater fatigue of emigrants, fugitives, and refugees, the protagonists of many of the films in this edition. Another effort is that of explorers who travel, not inspired by sports victories or records, but rather for the satisfaction and need to understand and learn. Remaining with the films in competition, it is a dream- like exploration that the Chilean director Francisco Hervé recounts in La ciudad perdida, in search of the Golden City of the Caesars; a voyage beyond the prejudices of a land almost completely ignored by the West in the film by Fulvio Mariani and Mario Casella through the remote Chinese province of Xinjiang to climb the Heavenly Mountains of Kirghizstan up to the Altai Mountains; and an exploration of memory that is carried out by a collective of young Italian directors in rural China with the photographs of a Chinese traveller from the 1930s, in Blank Lands.

That growing up is also a passage from one part to another is clear to the adolescents Khadija and Fatima, in Tigmi n igren by Tala Hadid, who find themselves facing life choices in a world in which tradition and religion trace obligatory paths. The twelve-year-old Lisa, in Alice Schmid’s Das Mädchen vom Änziloch, knows this as well, at an age in which she decides to explore the world forbidden by adults. And like a smuggler who carries the weight of his story on his shoulders, the Indian boys and girls in My Name is Eeoow, by Oinam Doren, carry with them always the tender weight of that melody with which their mothers, just after giving birth, named them. If the children and teenagers who each year attend, in increasing numbers, the programming in the FFDL+ section of short films and animations take home only a melody, then the Festival will have fulfilled its job as “passer”, of the one who ferries from one bank of the river to the other.

The parabola of these ten days opens and closes with films about human instincts, those that allowed a man to enslave other men and to marry a twelve-year-old in the Brazil of 1821 in the dark film Vazante by Daniela Thomas, or that push three youths to seek in the woods refuge, games, and challenges in the film I tempi felici verranno presto, which the director Alessandro Comodin will present as our guest on the Festival’s closing night. In Comodin’s film, the boundary is with ourselves and our ancestral fears – the forest, the wolf, the hole – and perhaps the most difficult to cross, where one chooses to do so. Nothing remains but to get walking. “Nothing comes as naturally and easily to me”, Maruizio Maggiani loves to say. The author from Castelnuovo Magra, who elected to return to live in the hills, in the book La zecca e la rosa, which he will present at the Festival, writes: “I go by ditches and gardens to touch, listen, look and smell ...”. And so does the Film Festival della Lessinia, wandering about the mountains of the world, “to consider the infinite universe of living things, without disturbing them. Unless, say, I find an assassin tick among my hairs”. Well, in that case the Festival, too, becomes a cultural outlaw.